The AsTeRICS Configuration Suite (ACS) is a web application, which can be run either locally (by simply opening index.html in a webbrowser) or inside a webserver (by entering the respective URL in the webbrowser). Note that the WebACS is currently optimised for usage with Mozilla Firefox 56 or later.

The figure below shows the WebACS after startup. The red numbers point out the most important areas: 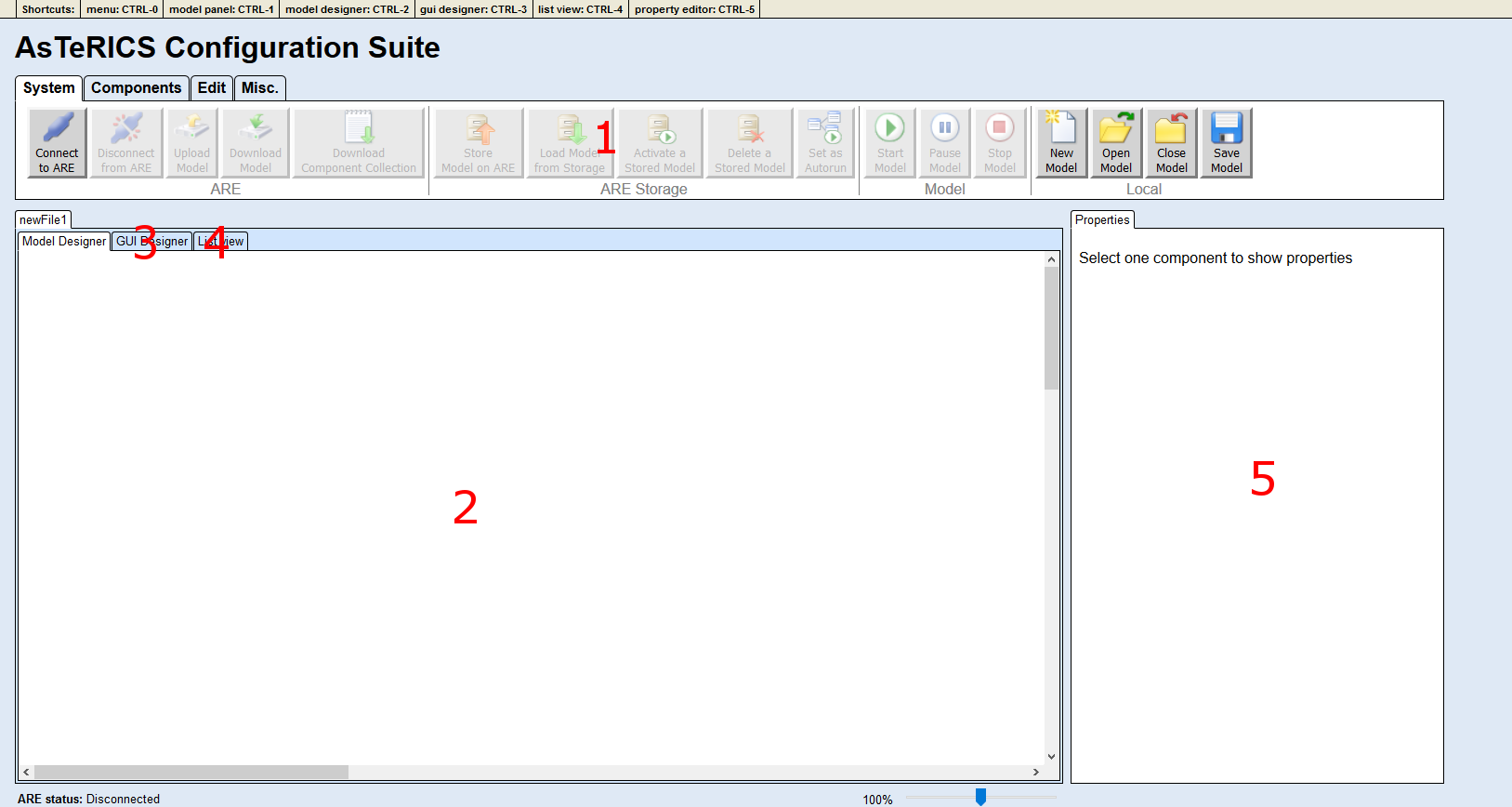