The AsTeRICS Configuration Suite is fully accessible by keyboard. The following sections describe the usage in the different parts of the ACS.

Screenshot: The menu after pressing Alt

Screenshot: The menu after pressing Alt followed by pressing Y 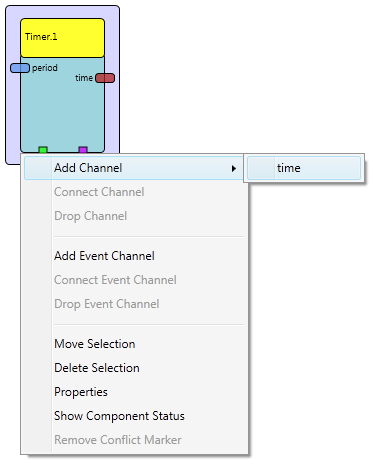 Accessing the GUI Editor is quite similar to the Drawing area. Using the Ctrl+G key combination sets the focus on the first element. The App Key (also called Context Menu key) opens the context menu, offering the options of: 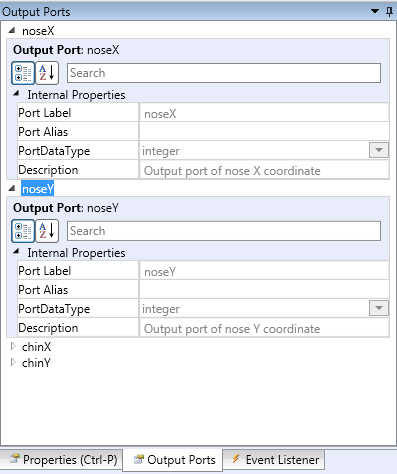 With the Event Editor (reachable with the shortcut Ctrl+E), events within an event channel will be set. Once again, the navigation will be handled using the Tab key. When a combobox is in focus, the value can be changed using the up an down arrow keys. Furthermore, the combobox can be opend using the Enter key. Screenshot 5 shows the event editor with an opend combo box.

Select all elements in the drawing area

Copy all selected elements to the clipboard

Cut out all selected elements and copy them to the clipboard

Paste the elements from the clipcoard to the drawing area

Set focus on the drawing area

Set focus on the GUI area

Set focus on the Property editor

Set focus on the Event editor

Navigate to the next element (in several areas)

← General Settings Load And Save Models →