The source code repository is organised in the following subfolders:

The Android folder contains a server application for Android phones which allows interfacing with the AsTeRICS Android plugin to use phone functions in AsTeRICS models.

The ARE folder contains the middleware and service layers and ARE components.

The bin folder contains subfolders where ARE and ACS executable files are placed during the build flow. These folders contain additional configuration files or dependencies, for example the config.ini and loader.ini files which specify the modules which are loaded by the ARE at startup.

Additionally, the bin folder contains several resources which are useful, e.g. a pre-built ACS with demo models (in the ACS\models folder) and the OSKA application.

The BNCIevaluationSuite is a collection of matlab files for analysis and comparison of algorithms for Brain Computer Interfaces (contributed by Starlab).

The CIM folder contains firmware for the microcontroller modules used to interface the system to the environment (maintained by IMA and FHTW).

The Documentation folder contains the User- and the Developer Manual, and OSKA manual and the licence information for the developed and all utilized source code and libraries.

The NativeASAPI folder contains C++ libraries for mobile-phone and GSM modem access, 3d-mouse and tremor reduction from own C++ projects.

See below an example of how to set the environment variable JAVA_HOME on Windows 7.

AsTeRICS uses the build system ant. You can simply build the framework from the command line:

To build and start the ARE, enter:

For other build targets and their meaning, enter:

# Building ARE Middleware, Services and Plugins

In the ARE subfolder the source code of the ARE middleware (ARE/middleware), ARE services (ARE/services) and plugins (ARE/components) can be found.

The middleware, the services and the components have separate ant build files (build.xml). The middleware and services are required for building the plugins (components). To build everything, a top-level build script is available in the ARE folder. Alternatively, individual services or components can be built by selecting their associated build.xml script from the corresponding subfolders.

To build the ARE (plugins, services), enter:

To build and start the ARE, enter:

To build and start the ARE with remote debugging enabled, enter:

For other build targets and their meaning, enter:

You must create a Java Project first:

Choose File -> New -> JavaProject in the Eclipse main menu, disable the option “Use default location” and browse to the ARE subfolder: 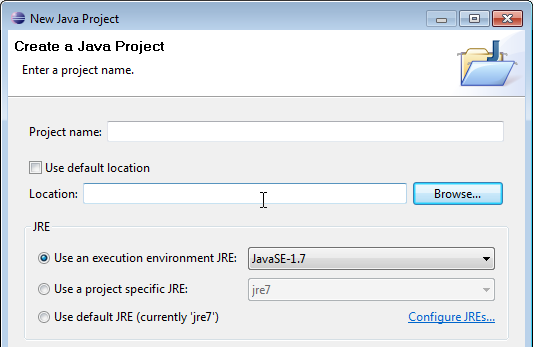 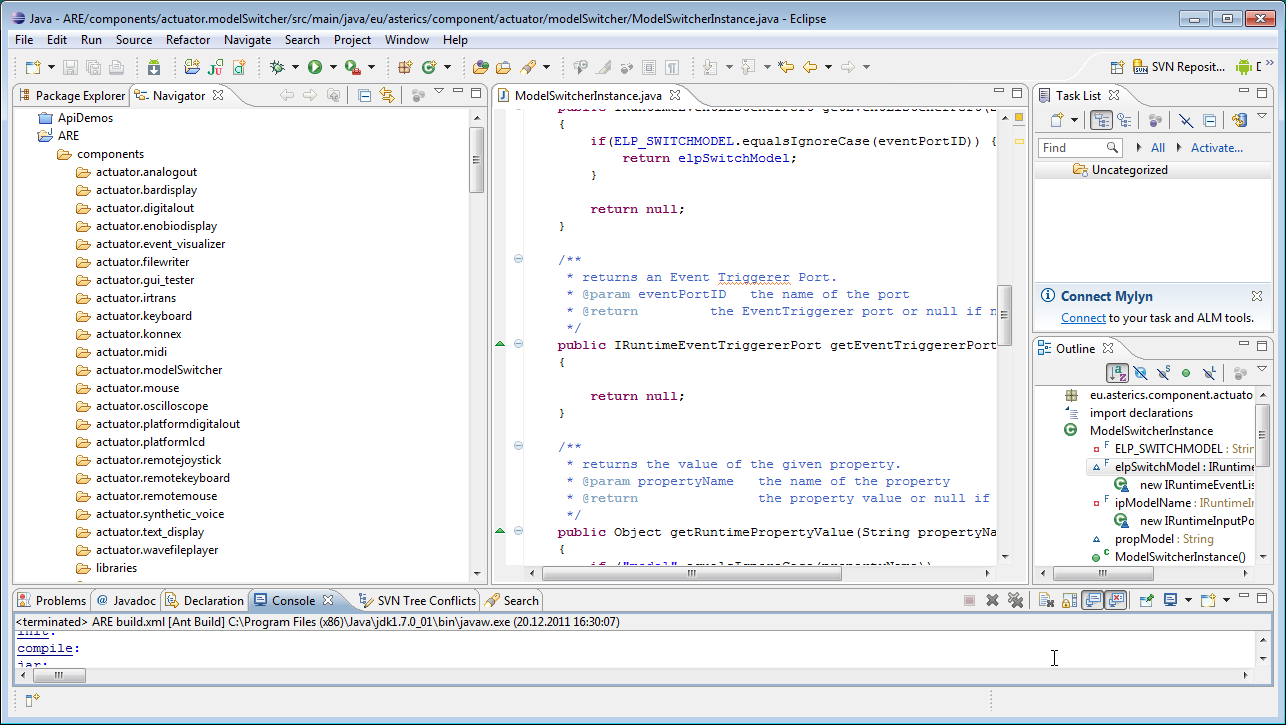 Eclipse provides different views (Window -> Show View), where the Navigator and the Package Explorer are most useful for Java source code development.

Note that the “Refresh” command (F5) synchronizes the Navigator view with changes in the local file system.

Incorrect character encoding settings can cause problems with ANT-based builds in eclipse, especially if special characters like ö, ä, etc. are used in the source code. Be sure to use ISO-8859-1 as character encoding in Configuations and Lauch settings (in the Common tab) as shown in the screenshot (note that this is not the default setting in some versions of eclipse): 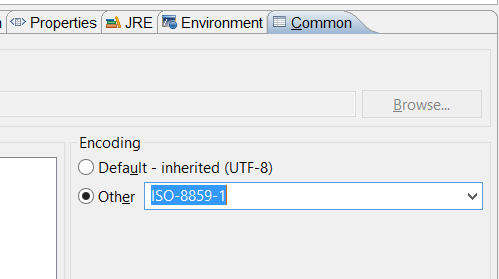 You can configure the Eclipse editor to open the ACS editor for AsTeRICS model files (.acs).

You can run the ant targets of the AsTeRICS build system from within Eclipse.

The screenshot below shows the dialog for build target selection: 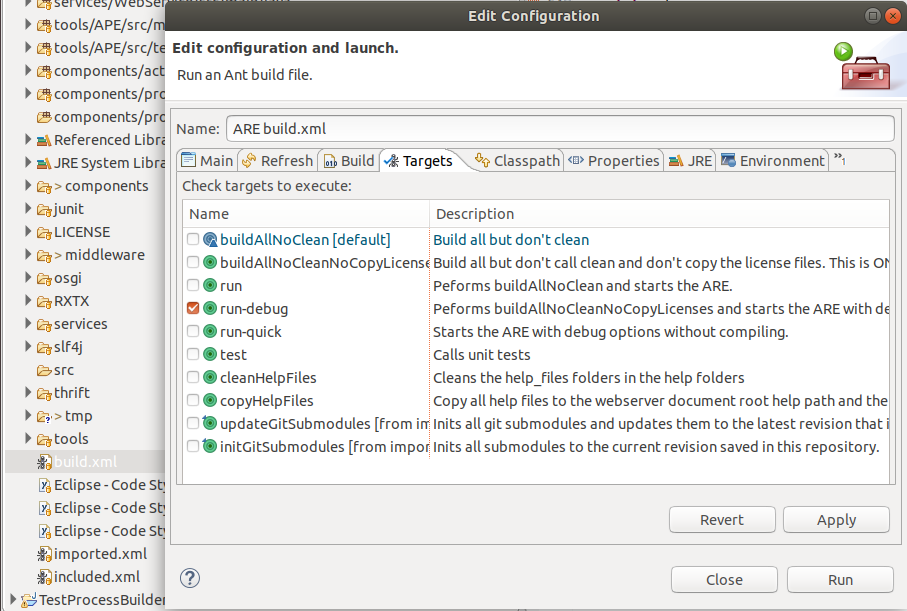